How Ghana paid for its inequality sins during Covid-19 lockdowns 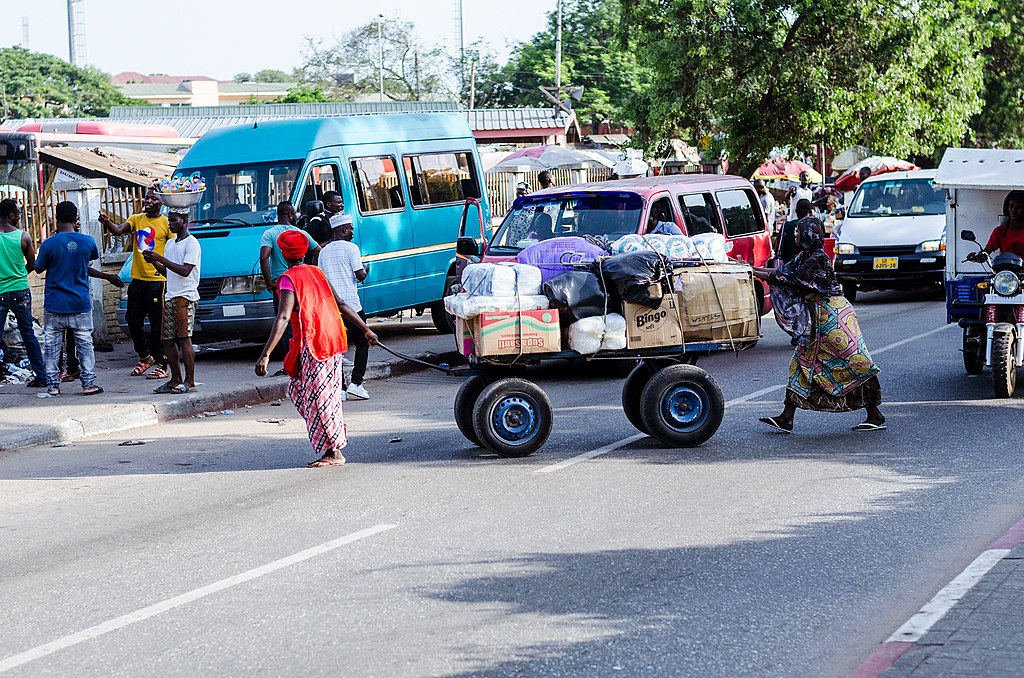 It turns out that when you systematically marginalise people, you will have a hard time eliciting their cooperation in containing pandemics. Such evidently was the state of affairs in many African countries where the historically, spatially, economically and socially marginalised urban working class collectively resisted lockdown measures meant to contain the COVID-19 pandemic and navigate towards a less-than disastrous outcome. This post, heavily redacted from our recent publication in AREF, explores the case of Ghana.

Ghana confirmed its first 2 cases of COVID-19 infections on March 12, 2020, which rapidly increased to 152 with 5 deaths by March 30; 08:30HRS. Sensing that the virus may spread and overload the healthcare systems, the President imposed a three-week lockdown in the communities considered as infection hotspots; including Accra, the capital and Kumasi, the second biggest city and their environs.

People, however, can only lockdown and meaningfully minimise their exposure and risk of spreading the virus if they have secure sources of livelihood, which also involve limited human contact. Lockdown also means having a home with adequate sanitary facilities to support personal hygiene and social distancing demands. All these conditions are, however, unavailable to the majority of Ghana’s urban population. The reasons for this state of affairs, as we have shown elsewhere, are not farfetched. First, Ghana’s wage labour market is skewed in favour of a minority few, forcing the majority (some reports estimate 80% of the workforce)  to make do with life in the ever-burgeoning informal sector.

Most informal jobs are, however, non-digitised. They generally depend on rich social interaction in close proximity to others and often demand daily attendance. Second, as with the wage labour market, the housing market too benefits a privileged few. The result is an increased use of inadequate and insecure structures such as kiosks/containers, tents, shops and offices as housing in slums and other poorly serviced areas in the cities. The provisional results of the recently concluded 2021 Population and Housing Census issued by the Ghana Statistical Service suggest that 6 out of every 10 of the 10.7 million structures in the country are used for residential purposes, 20% of them are containers, kiosks, and wooden structures.

Trapped in precarious non-digitised-daily-attendance-demanding low-income jobs, and in poorly serviced overcrowded neighbourhoods, the majority of the population could not lockdown, resulting in mass defiance. One state media, Graphic Online, headlined the defiance as follows: ‘Public defy lockdown directive in Accra, Kumasi’. Many people disregarded the lockdown and went about their daily lives. Traffic remained at a standstill in the cities almost throughout the morning and early afternoon of March 31 as the police sought to check hundreds of vehicles with the view to enforcing the lockdown directive.

Some commuters sought to outwit law enforcement officials by faking identity cards designed for people exempted from the restrictions. Others tried to avoid security officials at checkpoints by trekking long distances or boarding ‘Okadas’ (motorbikes) that used narrow walkways and bushes to beat the police and transport people to various destinations.

When the resistance continued to escalate, sensing that the lockdown’s legitimacy was under siege, the Government began a food distribution drive targeted at low-income people and neighbourhoods to ease their discomforts and elicit their cooperation. This rather thoughtful endeavour, however, ended up magnifying risks of contagion. Even with a great number of the population down on their luck, the Ghanaian state has not yet developed robust social protection and welfare systems for delivering support to people of interest in a meaningful way. There is, therefore, little in terms of infrastructure and institutional competencies for delivering large-scale welfare services–a problem that marred the food distribution exercise.

The exercise was not just undignified, it was so chaotic and haphazard that there were fears that it may catalyse the spread of the virus. One respected journalist described the exercise as ‘reckless conduct serving as fertile grounds for an even faster spread of [the] Covid-19 [virus]’. As happened in other parts of Africa, in Ghana too, there was heart-rending footage of people forcing their way through thick crowds for a chance at food supplies to feed their families. Aside from opening up the beneficiaries to potential infections, the mode of distribution also effectively denied access to vulnerable people like women, children, the elderly and persons with disabilities who, for obvious reasons, could not shove their competitors to reach the food.

The Government also tried to placate the adverse impacts of the restrictions by providing free water and reducing the cost of electricity. The problem, however, is that many low-income people and communities in Ghana have not been connected to water, electricity and other public services with the result that the low-income population who were worst hit by the restrictions could not benefit in any meaningful way from the government’s water and energy interventions. Some churches, chiefs, philanthropic organisations and individuals sought to complement the government’s efforts by mobilising cash and other forms of support to needy people. That, however, could not persuade people to stay at home.

Failure of the familiar go-to combative, violent strategy of dealing with the working-class

Stressed by the mass-defiance of the restrictions, the state invoked its power of violence. The Police threatened that ‘some Ghanaians have decided to take the Police for granted and are flouting the President's [lockdown] directive with impunity. The Police will no longer tolerate this kind of attitude again’. In the following days, security personnel were captured on tapes brutalising unarmed civilians who supposedly had breached the lockdown rules.

The extralegal punishments ranged from the mildly humiliating to the downright violent. There was footage of drivers being made to crawl on their knees, young men forced to do squats and women forced to hop to their homes. A 60-year old woman was seen weeping on camera, like a child, after being lashed by the police for going to the market.

The violence meted out to alleged violators of the restrictions echoes the ‘war against indiscipline’; ‘slum clearance’, ‘decongestion exercises’, ‘demolition of illegal structures’ and other aggressive, combative go-to strategies Ghanaian state authorities frequently invoke in dealing with the urban working class. As if the strategies are appropriate for addressing the persisting ‘congestion’; ‘crime’; ‘filth/grime’ and ‘disorder’ the authorities associate with the workers’ activities and precarious existence in the cities.

The workers have consistently resisted the violence through various strategies, including demonstrations, disobedience, and adaptation. They, nonetheless, often do so individually–for instance as hawkers, scrap dealers or drivers. The challenge for the state during the enforcement of the COVID-19 lockdown, however, was that it was facing the workers, not in their individualities, but as the whole collectively marginalised class that they are. As a result, even as the brutalities continued, an even greater number of them kept on defying the restrictions, which, in turn, drove law enforcement officials to behave even more savagely violent towards them.

As footage of more brutalities and stand-offs between the people and the police kept on surfacing by the day, it became apparent to the government that the lockdown was losing its moral authority, compelling the President to lift it. Responding to criticisms against his decision to lift the lockdown, the President said:

I did so on the basis of……a careful analysis of the impact of the restrictions on several sectors of our population, especially our informal workers, who need to have a day out in order to provide for themselves and their families, the poor and the vulnerable.

Ghana was literally facing poetic justice; it was paying for its inequality sins in the worst of times. The collective resistance of the many people the country has historically disenfranchised and marginalised socially, spatially, and economically had forced the President to lift an important public health measure meant to navigate the pandemic towards a less-than disastrous outcome.

Towards building back a more just, inclusive and resilient post-pandemic Ghana

The socio-political-economic shocks of the COVID-19 pandemic have brought to the fore strongly the concern that inequalities hurt everyone–not just the bottom class. Ghana’s lockdown travails offer yet another lesson concerning why addressing inequalities need to be at the forefront of the so-called ‘build back better’ agenda. Going forward, Ghanaian authorities must center equitable access to decent and secure jobs and adequate serviced housing for all at the heart of urban policy. The pandemic has also highlighted the urgent need for Ghana to prioritise building robust infrastructure and systems for meaningful delivery of welfare or social support on a large-scale.

Hopefully, these interventions and others aimed at dismantling the persisting regressive socio-political-economic systems and strictures of structures generating progressive employment, housing and other service outcomes for a minority few will do more to position the Ghanaian public to be more cooperative in containing the next crisis to come.

Use Advance Search
Submit A Paper
Announcements
Other Info 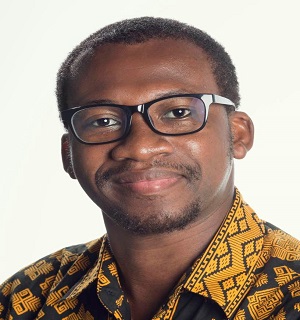 Prof. Franklin Obeng-Odoom Dr. Franklin is editor-in-chief of the African Review of Economics and Finance 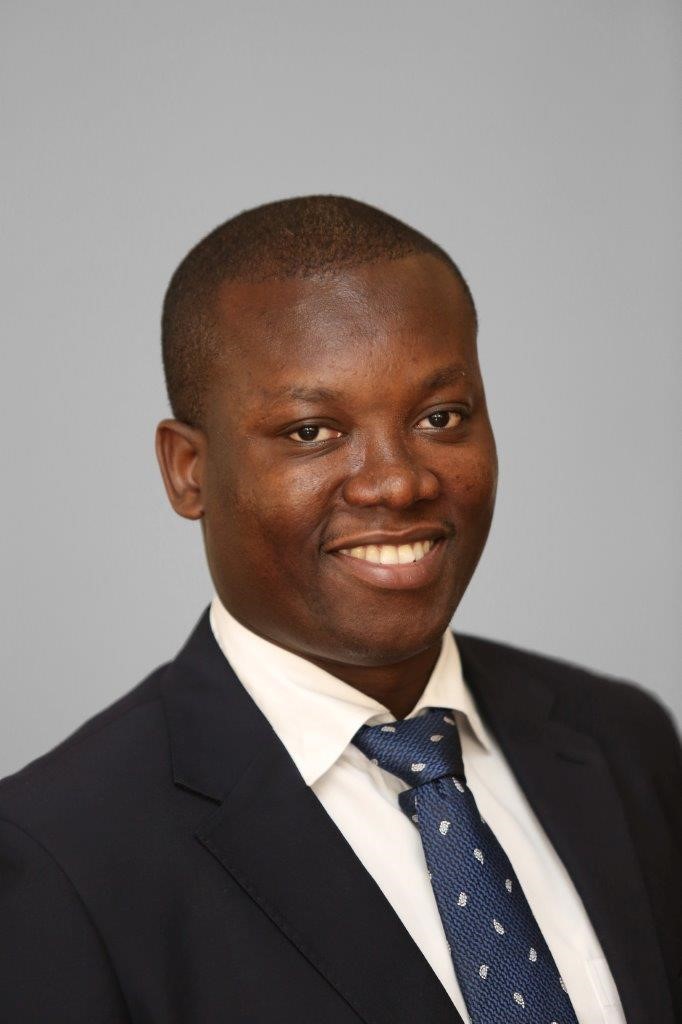 Dr. Jones Odei Mensah Dr. Jones is editor of the African Review of Economics and Finance 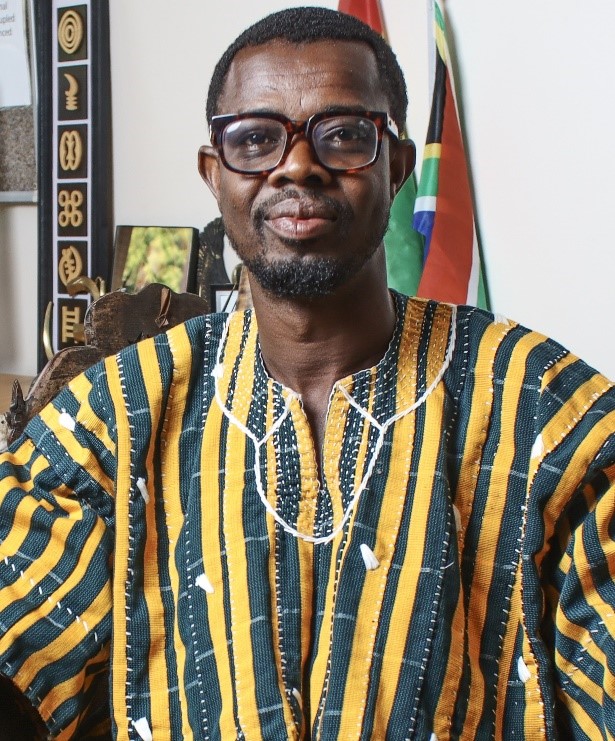 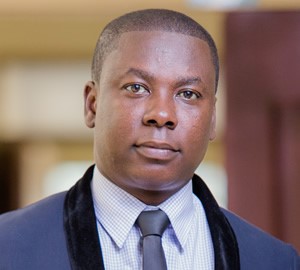 Dr. Gideon Boako He is associate editor of African Review of Economics and Finance. 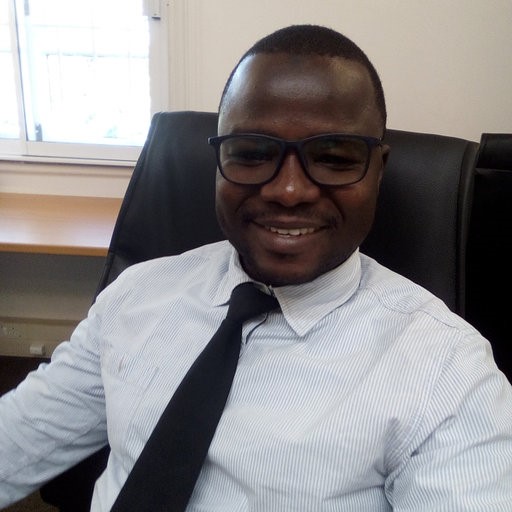 Dr. Muazu Ibrahim He is associate editor of African Review of Economics and Finance. 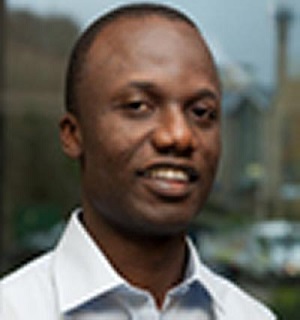 Prof. Collins Ntim Gyakari He is associate editor of African Review of Economics and Finance. 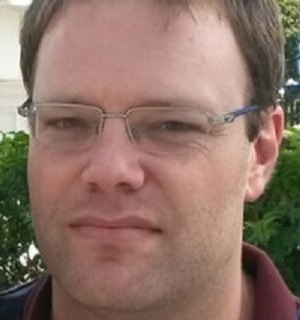 Dr. Ferdi Botha He is editor of African Review of Economics and Finance.
Top